If you’ve already developed your skills to a level where competitive online matches have become very easy, then you’re definitely looking for a FIFA championship to sign up for and, who knows, earn some money.

Know that there are several FIFA championships around the country and the world, some of them being official and carried out by EA itself, while there are other parallel ones, with other rules of participation, but which are still fun and challenging.

Therefore, today Futrading brings you some of the main FIFA championships in Brazil and the world. Check out:

What are the main FIFA championships?

Officially, EA has some FIFA championships in which the best players in the game’s online modes can participate. They are the Weekend Leagues and the Global Series.

Weekend Leagues are more comprehensive events where the best FUT players can sign up.

The Global Series is a more exclusive event where only the best of the best get a chance to participate.

Check out a little more about each of these categories below:

Weekend Leagues are weekly competitions in which the best players in FUT mode can register and participate.

To sign up, you need to meet some requirements during the week to be able to accumulate enough FUT Champions Points to buy an entry Token.

You earn FUT Champions Points throughout the week by playing matches in Division Rivals, an open mode for all players.

Once you qualify for the Weekend League, you’ll face off against the best players in your region in a total of 30 matches. The goal of Weekend Leagues is to get as many wins as possible.

Based on the stats generated by your performance over the weekend, you will fall into some player tier, from Bronze 3 to Elite 1.

The higher your rank, the higher the prizes you will receive, as well as your chances of qualifying for the Regional Cups.

The Regional Cups, in turn, are the next stage of FIFA. Those who have performed the best within the Weekend Leagues can qualify for these events, which take place 3-5 times a year.

Only players ranked Elite 1 in the Weekend Leagues can enter these competitions, which precede the FIFA Global Series. That is, you must win at least 27 games in a single Weekend League to achieve Verified Player status.

Finally, the EA SPORTS FIFA Global Series is an EA initiative to find the best FIFA players on Earth.

So, only those players who stand out in the Regional Cups participate in the Global Series. That is, only the elite of the elite will compete in this mode, which takes place once a year, revealing players around the world.

In addition to the official competitions held by EA, there are also some parallel championships around the world and Brazil. Check out a little more about some of the main FIFA championships:

Virtual Lawns is a Brazilian championship created in 2010 whose main mission is to take well-organized FIFA Brazil competitions abroad.

It is an organization recognized in the country for its integrity and excellent organization. They have already organized a total of 200 championships, all with their due awards given to the winning participants.

To participate, you just need a PS4 or XBOX ONE console and be a PS Plus or Live subscriber and you can now participate in the online championships.

It is also necessary to register on the site and make a small payment, which will be used to reward the winners and make the FIFA championship viable.

How to participate in FIFA tournaments?

If you want to participate in EA’s official tournaments, there’s no secret: you’ll need to train hard and dedicate yourself to the maximum to improve your skills, be able to qualify for the Weekend Leagues and try to get a good positioning.

As EA is trying to consolidate FIFA as a true eSport, then there is no more room for bugs and tricks that give you an unfair advantage over other opponents and this is very good for the competitive scenario.

This helps to filter out only the best players, those who have developed their skills to a high level and are prepared to face any challenge.

You can prepare for these scenarios with the help of initiatives like Futrading, which sells FIFA Coins for you to use in Ultimate Team.

Especially if you want to test different cards and lineups, Futrading can help you get easier access to those cards that you think will make you play better and be able to beat your opponents.

It’s a way to test the most possible formations and assemble a perfect team for the time to play in the championships in Brazil and around the world.

On the other hand, if you want to participate in competitions parallel to EA, as is the case with Virtual Lawns, you will have to pay a small entry fee.

This amount is charged in most side competitions as it helps organizers to maintain themselves and is also used to increase the amount of the final prize given to the winner of the competition.

Remembering that in these parallel championships, the prizes are usually much smaller than official championships, but it’s still worth knowing and signing up, especially if even the online matches are already making you sleepy.

As you have seen, there are basically two types of FIFA championships, official and parallel. If you want to play the officers then you better start training as the community is very skilled.

If you want to play a parallel championship, be prepared to spend some money on your registration and have fun testing your skills, as it will also be very competitive.

In any case, you can prepare for these moments and test the best squads with Futrading. Here, we sell FIFA Coins and we’ll help you test lineups and cards that you think will make a difference in your style of playing.

Thanks so much for reading! 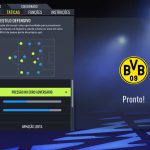 Custom Tactics in FIFA: main ones and how to use them

Ones to Watch (OTW) FIFA: How it works and OTW FIFA 22 list 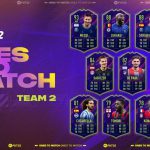 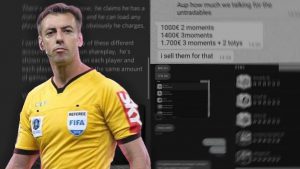