Blog Futrading > Posts > Futrading Tips > FUT Champions: what it is, how it works, tips + FAQs!

For starters, FIFA Ultimate Team’s FUT Champions mode is an attempt by EA to place its flagship franchise in the world of eSports.

Also, the idea behind this mode is to reward the players who have the best performance with FIFA coins, packs and exclusive cards.

Depending on your performance, experience and dedication, it is possible to climb to higher ranks and start earning cash prizes among other things.

Understand everything about the FUT Champions mode, how it works, the main questions on the subject and tips to rock this mode in the following text! Good reading!

What is FUT Champions?

FUT Champions is one of the FIFA Ultimate Team game modes. As this is a weekly tournament, it rewards its best players with fantastic prizes at the end of the tournament.

The FIFA Ultimate Team community can compete in daily tournaments to qualify for weekly and monthly qualifiers.

However, to qualify for major world tournaments such as the Ultimate Championship and the FIFA Interactive World Cup (FIWC), consistent and very well-executed player performance is required.

After all, when we’re talking about FUT Champions, competition is the keyword.

This is the first step taken by EA towards the consolidation of the FIFA franchise as an e-Sport, so the best players earn more Coins, more packs and exclusive cards and, if they reach a very high level in the competition, they can be paid with real money!

How does FUT Champions works?

FUT Champions is a weekly competition that takes place within the Ultimate Team mode, however, to play it you must qualify and register first.

Ranking rounds are played in Division Rivals online mode. At least 2,000 points are required in this game mode to qualify and be able to play Weekend League.

Division Rivals is a mode with no prerequisites and is available every day of the week, distributing points at the end of each match.

Therefore, every Thursday, players who reach the required score will be able to participate in the Weekend League, as long as they register for the tournament.

Registration starts every morning from Thursday to Friday and registration can be done up to 24 hours after the start of the tournament, that is, until dawn from Friday to Saturday.

After that, even if you have accumulated enough points, it is no longer possible to register for the Weekend League.

So if you’re away from your console, you can register through the Companion App, but that costs FUT Champions Points that won’t be refunded if you don’t play.

How important is FUT Champions?

As we have seen, FUT Champions is a game mode created by EA after many years of insistence from fans, after all, FIFA is a perfect game to be an e-Sport!

It’s an imperfect way, with its flaws, but it’s a way to keep the community alive and talking, in addition to obviously generating profit for the companies involved. Nothing fairer than giving prizes to the best players.

EA hopes that, in the coming years, FUT Champions will be able to bring the eyes of the general public to the franchise and that it will be consumed in other than traditional ways.

Tips to rock the FUT Champions

In general, all players participating in FUT Champions are very competitive.

After all, the only way to earn the rewards of this game mode is by being really good and beating players from all over the world.

Those who already have skill and can make good decisions with speed end up gaining more advantage.

Even so, there are some tips that can help any player to have a better result in matches and do well in FUT Champions, such as:

Secure your team in advance

Don’t wait until the last moment to decide which team to use in the Weekend League.

Of course, taking time is necessary, but this indecision can be costly due to the variations in the transfer market, which is increasingly dynamic.

On weekends, cards tend to go up a lot in price, which can cause damage when buying that last minute card.

The same goes for sudden changes of parts or complete teams during competition. They can be much more expensive on weekends.

That’s why it’s worth keeping an eye on the market at midnight on Sunday, when prices tend to drop a lot, with other players getting rid of their rosters and prizes.

Have alternative formations up your sleeve

This is the “secret” that every FIFA player should know. It’s the basics. In addition to changing your team’s way of playing, this can break your opponents’ sequences, giving you more space to put pressure on even with a very tight defense.

Therefore, use the predefined formation spaces and create different variations to alternate during the game and surprise your opponent, or manage to hold your attack once you have your goals guaranteed.

Even in an e-Sport, players get tired. Therefore, it is important to use substitutions during the match.

To avoid performance drops in your team, start evaluating which of the players are the most tired or performing poorly.

This evaluation in the first 10 minutes of the second half allows you to change the right players in the first break, at 15.

Substitution gives the team a new lease of life, as you can enjoy players at their peak of energy for the entire duration of the match.

A tip is to opt for more defensive midfielders, which increases your chance in disputes for the ball and keeps it away from your goal.

In FIFA, there are some key moments that allow the famous “banal” goals. They are the beginning of a match, the 45 of the first half, right after scoring a goal or in the last moments of the game.

So get in the habit of checking the timer often, redoubling your defensive discipline at these key moments.

Position your defense to close the boom and prevent the opponent from having chances to score a goal.

In FUT Champions, the objective is to achieve the highest number of victories within the 30 matches.

However, by earning at least 11 of them, you get 2,000 FUT Champions points and automatically qualify for the next Weekend League.

Therefore, it is important that this is your main objective when starting in the game or returning your play.

For this, prior preparation outside the game is very important. In addition to training, it is important that you maintain a good diet and get enough sleep.

With a good hour of sleep a day, your brain stays active in regions related to problem processing and reaction time.

In a game like FIFA, that can make all the difference. So take it easy, be patient and focus on doing your best. Good luck!

So that there is no doubt about the Weekend League mode for FIFA, we have selected some of the top questions about FUT Champions.

Check out the answers for each of them below:

How do I qualify for the Weekend League?

The qualification process for the Weekend League takes place exclusively through the FUT Champions points system.

To qualify for the WT, you need to earn at least 2,000 points by playing FUT Division Rivals and the Weekend League itself.

Once the number is reached, you will receive a token that can be exchanged for your participation in the event.

Even though the token doesn’t expire, allowing you to use it whenever you want, it’s important to remember to exchange it within 24 hours of the start of FUT Champions.

After that, the token is only valid for future participations.

How do I earn FUT Champions Points?

You can earn points for playing FUT Champions by playing Division Rivals mode.

As stated above, it is possible to earn points to receive the Weekend League token by playing matches in FUT Division Rivals mode or in WL itself.

To get a good result and reach 2,000 points faster, remember to use our tips to your advantage.

It is worth remembering that, every Thursday morning, players are awarded more points according to their division and ranking.

When can I exchange my FUT Champions Points for Weekend League access?

You can exchange your points whenever you open registration for another Weekend League, that is, from Thursday to Friday until dawn from Friday to Saturday.

Where can I see how many FUT Champions points I have?

Checking your FUT Champions Ranking Points balance in FIFA and finding out how close you are to reaching 2,000 is simple.

In the FUT Champions block, just click on the tab to see your point total.

To conclude, the Fut Champions mod is a great way to earn exclusive cards and accept greater and greater challenges, after all it is EA’s initiative to enter the world of e-Sports.

However, it takes a lot of effort and dedication to be able to evolve and win the 11 matches necessary to win qualify and be able to win the exclusive prizes.

Anyway, assembling a team with good players and well balanced is essential to be able to win matches and accumulate victories during the Weekend leagues.

So, take the opportunity to take a look at Futrading services. We deliver you FIFA Coins in less than 20 minutes with an anti-ban guarantee. 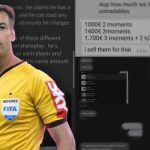 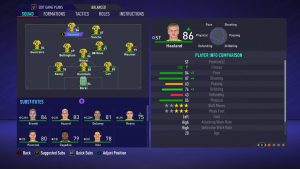