Blog Futrading > Posts > Championships > Weekend League: What It Is, How It Works, Rules and Prizes!

Weekend League is FIFA 22’s competitive mode. It’s an attempt by EA to turn its football franchise into an e-Sport.

As we will see throughout the text, qualifying for the weekly tournaments is not very difficult and involves performing well in Division Rivals mode.

Understand everything about the Weekend League, how to participate, what the rules are and much more in the following text! Good reading!

What is Weekend League?

The Weekend League is nothing more than EA’s attempt to create a competitive FIFA 22 mode, bringing the franchise closer and closer to the world of e-Sports.

To achieve this goal, then, EA started with the Weekend League, a special competitive event that takes place every weekend.

As competitiveness is the focus of this game mode, not all players can play Weekend Leagues.

To participate, it is necessary to fulfill some objectives and requirements that we will see below.

How does Weekend League work?

Once you’ve qualified, you’ll face the best players in your region for a total of 20 matches, where you have to get as many wins as possible.

Based on the statistics generated by your performance, in the end, you will fall into some player tier, from Bronze 3 to Elite 1. The higher your rank, the greater the prizes you will receive at the end of the Weekend League .

Who Can Participate in the Weekend League?

Only players who have a participation token can play the Weekend League. To earn these tokens, you must either perform well in a previous Weekend League, or earn at least 2,000 FUT Champions Points playing Division Rivals.

The tournament is unique in this way as, as we saw earlier, it is an EA initiative to try to turn FIFA 22 into an e-Sport and favor the top performers in competitive Division Rivals matches.

How to Apply for Weekend League?

To participate in the tournaments, registration is required. You can register directly through the console or computer from Thursday to Friday morning.

If you are away from your console or PC, you can also register via the FIFA 22 Companion App, right from the home screen.

How to Qualify For Weekend League?

To qualify for the Weekend League, you must play FIFA Ultimate Team’s Division Rivals mode. If you play Division Rivals throughout the week, you will earn FUT Champions Points.

Once you have accumulated 2,000 FUT Champions Points, you can exchange them for a token, a pass, to enter the most competitive mode in FIFA 22.

It is worth remembering that the number of FUT Champions Points received for a win, a draw or a loss in Division Rivals mode will depend on the division you are playing in.

If you are in Division 10, for example, then you will only receive 20 FUT Champions Points for a win, 8 for a draw, and 4 for a loss.

If you are playing in the first division, it is much easier to get the 2,000 points needed to participate in the tournament.

In the first division, the player receives 500 FUT Champions Points for a win, 200 for a draw and 100 points for a loss.

What are the Weekend League Classification Rules?

As we have seen, in Weekend League, players can play up to 20 matches to seek as many wins as possible.

Wins define your tier, which can go from Bronze 3 to Elite 1. The higher a player’s tier, the greater their prize pool, which varies between FUT Champions Points, which can be used to qualify the following week , coins, packs and player picks.

See below the relationship between the number of victories won and the tier reached:

What is the Weekend League Calendar?

The first week of Weekend League took place from the 17th to the 20th of October 2020, about 10 days after the game’s release.

FIFA 22, so far, has no official date released for the start of the Weekend League.

What is known so far is that the players will start playing on Friday and the competition will last until Monday, or until they complete the now 20 matches of the weekend.

When does the Weekend League end?

In FIFA 22, one of the biggest requests from fans was granted: now, the Weekend League has only 20 games.

As we have seen, WL always starts on Fridays and lasts until Monday or until the player has finished his 20 matches.

Starting with FIFA 22, however, FUT was spread throughout the week with the introduction of Play-offs and Finals.

The FUT Champions finals will always take place on weekends, with the same duration as the Weekend League: 20 matches between Friday and Monday morning.

How to Claim Weekend League Rewards?

You do not need to redeem the rewards you have won in the Weekend League, as they are usually awarded automatically to you throughout the week following the championship.

However, remember that your weekly prizes are not awarded once you have finished your participation.

In fact, it may take a few days for your prizes to arrive, as EA has to certify the performance of the players to ensure that no smart player who has taken advantage of an undue advantage takes prizes undeserving.

Therefore, as a rule, the distribution of prizes takes place every Thursday at 8 am. If you do not receive your awards, you must contact Electronic Arts to find out what happened.

Weekend League in FIFA 22: how will it work?

FIFA 22 surprised fans with a drastic revamp of Ultimate Team.

Now, the most popular mode in the franchise undergoes transformations both in the way of playing Division Rivals or FUT Champions.

Check out the main news below:

As a first change, this one highly requested by fans, the Weekend League now has 20 matches, and no longer 30, as in the previous version of the game.

As stated earlier, from now on, FUT Champions will be spread throughout the week with the introduction of Play-offs and Finals.

In addition, Ultimate Team’s competitive mode will have a points-based system where progress will be made even after a defeat.

The goal, according to EA, is to improve the accessibility of the game and reduce the level of commitment required to participate in the competition.

To gain access to FUT, however, you still need to play Division Rivals to earn enough points and qualify for the WL.

After reaching the points, the player will first automatically enter the Play-Offs, which are like the first stage of the general competition.

Open throughout the Ultimate Team season, Play-Offs contain a limited number of games for players to progress through, earning leaderboard points and mode rewards.

If you get enough points, a Qualifying Token for the Finals is unlocked, allowing you to continue in the competition.

Within each Ultimate Team season, which is approximately 6 weeks long, each player will have a limited number of attempts at FUT Champions.

In this case, having only a single valid entry to try the Play-Offs and another for the Finals.

Another change is in the FUT qualification process, which will feature a limited entry system that allows players to choose when and how to compete.

The rewards earned within the Play-Offs can be increased depending on the player’s performance in the Finals (Weekend League).

The good news is that instead of having to wait until Thursday, the prize pool will be distributed the moment the necessary games are completed.

Another change to the reward structure in the Weekend League is that the higher you rank, the better version of the player you get.

Therefore, you will need to climb the ranks to reap better rewards.

Except for the Red Picks, almost all other rewards are tradable on the FIFA Web App transfer market.

As we have seen throughout the text, the Weekend League is the most competitive mode in FIFA 22, as only the most committed and top-performing players manage to qualify to compete in the tournaments.

To qualify, you need to accumulate 2,000 FUT Champions Points, which are acquired by playing matches in Division Rivals mode.

However, it is worth remembering that depending on the division you are playing in, the score per match may be higher or lower.

Therefore, if you want to participate in the most competitive mode of FIFA 22, it takes a lot of training and skill to be able to accumulate points more easily playing in the first division.

And there? Did you like the text? So take the opportunity to learn about Futrading services! Here, we deliver your FIFA Coins in up to 20 minutes with an anti-ban guarantee! 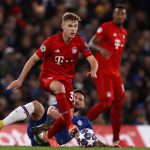 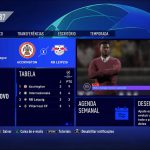 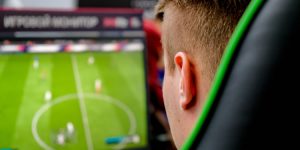 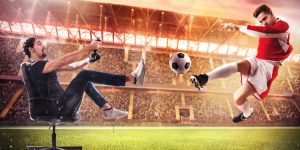 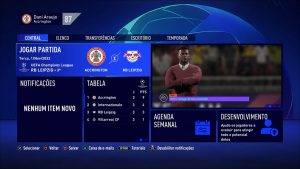