Blog Futrading > Posts > Futrading Tips > Squad Battles: EVERYTHING about the mode and its rewards!

It takes place in the form of a weekly competition and is open to all players who wish to participate.

Want to understand everything about Squad Battles, how it works and even see some tips to do better in this game mode?

Then check out the special text that Futrading prepared especially for you today! Good reading!

What is Squad Battles?

Squad Battles is a FIFA 22 game mode played in single player. In it, the player can face other teams assembled by other players from the FIFA Ultimate Team community.

It works just like FUT, that is, with ranking modes that you can go up or down depending on your performance in matches.

It’s also a mode that brings a lot of interesting rewards, like FIFA Coins, which you can use in the Transfer Market, as well as special cards.

How do I qualify for Squad Battles?

Squad Battles is one of the FIFA Ultimate Team game modes where you don’t need to qualify to play.

In fact, it’s an open game mode, in which all players can participate.

However, if you are playing on consoles (XBOX or PlayStation), it is necessary that you pay the monthly subscription to be able to play.

Now that you know what Squad Battles is, it’s time for us to take a look at how this game mode’s ranking system works.

We have already stated here that the higher your rank in the game mode, the greater the rewards you will receive for matches played. Check out:

How does ranking work in Squad Battles?

In Squad Battles, the entire ranking system is defined through Showdown Points. You earn these points over the course of the week and they determine your position in the competition, which takes place weekly.

Each position only holds a certain percentage of players to compete in Squad Battles, so reaching the highest levels requires you to play well.

To get higher rankings in this game mode, you need to earn more Showdown Points than most other players in the weekly competition.

The composition and percentage of each rank in the mode can be found within FIFA 22’s own menus.

So the whole thing goes something like this: if a player is one of the top 200 in the weekly Squad Battles competition, for example, then he will be entitled to rewards based on his position in the Top 200.

Can I change rankings even if I do nothing?

Yes. If you play Squad Battles matches at the beginning of the week and earn a good amount of Showdown Points, you can reach one of the first ranks.

However, if you don’t continue playing throughout the week or earn fewer Showdown Points, other players may continue to play and earn more points than you.

This can cause you to drop down in the overall rankings as other players have performed better than you.

When does the Squad Battles reward come out?

Squad Battles rewards always come out at the end of each competition. As competitions take place weekly, winners and rewards are always announced at the beginning of the following week.

How does the leaderboard update work?

The leaderboard is updated approximately every five minutes. That way, you can get a sense of how your performance is in the competition in real time.

How do you determine how many Showdown Points I earn at the end of each match?

The formula that defines how many Showdown Points you will receive at the end of each match varies and is different depending on the outcome, whether you win or lose.

After playing the first 40 games of the weekly competition, any further matches you play in the mode will no longer earn Match Points.

That is, you have 40 matches to try to get the best performance possible and to get the top positions, you need to win most of them.

Featured Squad Battles, on the other hand, do not use these formulas. However, in general, the number of points varies according to the difficulty of the game you chose. Check it out below:

Get your FUT coins now to build your dream team!

As you have seen, Squad Battles is a competitive game mode, in which you will use your team to play against the team of other players.

It is one of the most democratic game modes in FIFA 22, as it can be played offline, even those players who don’t have the best internet connection can play and rank in the highest positions.

In the end, it all depends on your ability to build an elite team and your performance on the field.

If you want to get the biggest rewards, be prepared to train hard, as the teams assembled by the community are strong and quite tough.

This is one of the modes for those who like a good challenge and want to earn good rewards, such as special cards and a good amount of FIFA Coins.

If you want to assemble an elite team to face the best teams in the community, then count on Futrading’s help.

Here, you buy your FIFA Coins to spend on the Transfer Market with an anti-ban guarantee and your order arrives within 20 minutes.

And there? Did you like today’s text? So tell us here in the comments! Thanks so much for reading! 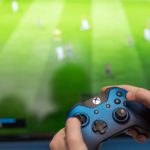 FIFA 21 Brazilian Teams you can play with! 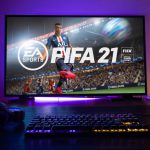