Recently, the fact that EA would be investigating some employees for selling FIFA 21 Ultimate Team mode cards, covering values between 900 and 2,500 dollars, has become a subject.

WHAT DO WE KNOW

The controversy arose when a twitter profile called FutArcade exposed prints of negotiations with the alleged card sellers. But the cards traded had no record of any previous owner, making it clear that the seller had some level of control over the cards in question.

During the backlash, users raised the hashtag #EAGATE, bringing back a subject that was already the subject of discussion: EA’s pack selling scheme, and certainly is already well known as a great game of chance.

EA, which has not commented on the matter in 10 days since its last Update Note, despite receiving complaints from several users along with evidence, seems to have no intention of keeping this matter relevant; perhaps because he has already paid dearly for the system he uses in the form of a million-dollar fine.

This fear by EA has support, such as FUTWatch’s tweet in response to streamer Nick28T, claiming that the company had declared before a court that Ultimate Team items could not be sold for real money.

While EA collects cases of meaningless punishments for conventional players, such as the Felipe Melo case, the biggest cheating scheme of the Ultimate Team era takes place in their own backyard.

WHAT CAN WE EXPECT

Unfortunately, EA has already spoken out for some time now about the lootbox scheme and does not seem to have any intention of sticking to a different system. In addition, the company has clearly stated that it does not believe that its packs are comparable to lootboxes, but rather a “surprise mechanic” similar to a Kinder Egg.

We can’t expect any big changes in such a short period of time, even more so after EA won a lawsuit related to the dynamic difficulty of packs to encourage future purchases.

HOW TO OVERCOME THIS BARRIER

The fact is that, today, we already have enough data to prove the ineffectiveness of buying points, the traditional model of card acquisition in FIFA21, including a study we did in practice.

In addition to the free FIFA 21 Coins grind method, the other method of earning coins without spending huge amounts of time is by purchasing these coins on coin selling sites.

Futrading stands out in the market for the agility and security with which it makes sales and is always a good choice for those who need that last letter to close their team! 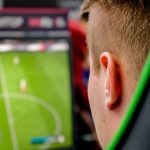 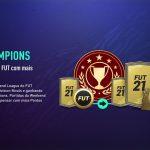