FIFA 21 Brazilian Teams you can play with!

In FIFA 21, Brazilian teams are present, but not in their entirety. Although we have big teams, such as Fluminense, Internacional, Santos, etc., not all teams from the Brazilian championship are present in the game.

This has been happening for a few years now because of the way in which players’ image rights are licensed in Brazil. Unlike other countries, there are some peculiarities in Brazilian legislation that make this process a little more difficult.

Check below which Brazilian teams are present in FIFA 21 and the reasons behind this shortage in the text below. Good reading!

What are the brazilian team in FIFA 21

As we have seen, FIFA 21 does not include all the teams from all the championships that run in Brazil today. This was due to some contractual issues and due to the Pelé Law, which we will explain later in the text.

However, there are still other Brazilian teams present in the game, as EA closed a contract with the Copa Libertadores da América.

With that, teams like Palmeiras, Flamengo, São Paulo, Vasco and other teams that compete in the Copa Libertadores and the Copa Sudamericana and are listed within the Conmebol flag are in the game, but without their original squads.

Brazilian teams NOT being featured in FIFA 21

Of the Brazilian teams that currently compete in Serie A of the Brazilian Championship, only Corinthians, RB Bragantino and Sport are left out of FIFA 21.

These teams, as well as all Brasileirão B series teams, are available in FIFA 21’s direct competitor, Konami’s Pro Evolution Soccer 2021 (PES 2021).

Because of this, despite the team being present, the players on the teams are all random athletes, created by EA so that the team would have at least one squad.

How to play with brazilian teams in FIFA 21

If you choose one of the 17 Brazilian teams licensed in FIFA 21 that we mentioned above, you will recognize the faces and names of the players as in the current squad.

In this case, it is only possible to participate in Career mode and other exclusive FIFA 21 game modes with these Brazilian teams.

If you try to play career mode with Corinthians, for example, you won’t be able to.

As we saw earlier, these teams are in the game just for playing in the Libertadores da América, and not even their original squad is present.

In the case of the other clubs, which have been properly licensed, it is possible to play with real world athletes and participate in all other game modes without any problems.

It’s been a few years since some Brazilian clubs in FIFA 21 don’t have a squad of real players.

Although this is quite frustrating for Brazilian players who want to play with their idols, there is an explanation behind it, and it is called “Lei Pelé”.

In March 1998, the Pelé Law (Law No 9.615/98) was created with the aim of providing more transparency and professionalism to national sport.

Among other things, the law instituted the end of the pass in football clubs, instituted consumer rights in sports, disciplined accountability by club officials and the creation of leagues, federations and associations of various sports.

The idea behind the Pelé Law, in this case, was broader: to give players more autonomy.

Before the Pelé Law, players could not leave their clubs without authorization from the clubs themselves, even without a contract (and therefore without a salary).

At that time, the clubs negotiated among themselves and the athlete was not entitled to 15% of the value of his negotiation.

In other words, there was no transparency in the values ​​negotiated, which cluttered the market and sport in general in the country, since the athlete had no choice or the possibility to make decisions about his own future, like any other normal worker.

It turns out that the Law, despite its good intentions, had direct consequences for the development of games like FIFA 21: clubs no longer held the image rights of their athletes.

Because of that, it becomes more difficult for EA to get a contract with all athletes from all Brazilian teams – not to say impossible.

If before the right to the image was negotiated directly with the leagues and championships, with the Pelé Law, this process became much more difficult, being necessary to negotiate with each club, and, in many cases, the contracts involve exclusivity.

Thus, when a team like Flamengo signs an exclusive licensing agreement with Konami and appears in PES 21 with its full squad, EA is prevented from using Flamengo’s original squad in its game, no matter how much it competes in other championships ( Libertadores) to which EA is entitled.

In FIFA 21, it is not possible to play the Campeonato Brasileiro Série A, nor the Série B, nor at least the Copa do Brasil, as all these championships were licensed to Konami, that is, they are available in the competitor, PES 21.

To solve this problem and have at least one championship with only Brazilian teams, EA created the Liga do Brasil, which contains the 17 teams licensed by the company and their respective original squads.

It’s not the same as playing the Brasileirão Serie A, but at least EA owns the rights to the Copa Sul Americana and the Copa Libertadores da América, which gives at least a taste of what it would be like to play with the biggest Brazilian clubs.

Purchase FIFA COINS at Futrading and receive your order in under 20 minutes!

As we have seen throughout the text, EA does not have the right to the image of all the players that compete in the Brazilian championships, nor has it made an agreement with all the clubs, which means that many of them do not even appear in the game, or appear with generic teams. .

Although this is very frustrating for football fans who would like to play with their idols, this problem is due to a law that had great intentions during its creation, but ended up causing problems in the future.

One way to try to change this situation is through the pressure of fans through the internet to find an alternative for Brazilian teams to be complete in both football simulators nowadays.

Both FIFA 21 and PES 21 are windows for Brazilian teams abroad, and, by not having all the teams in both games, Brazilian football is the loser.

What is and How does Fut Draft Mode in FIFA 21 works? 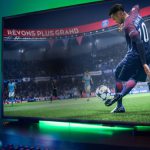