The best teams in FIFA 21 have two things in common: they are European clubs and they have squads and stars from all over the world.

This is clear when we look at teams and their players.

PSG, with the Brazilian Neymar and the French Mbappe, Juventus, with the Portuguese Cristiano Ronaldo and the Argentinian Dybala, or Bayern Munich, the current champion of the Champions, which counts on the Polish with Levandowski. two things in common: they are European clubs and have squads and stars from all over the world.

Check out the 10 best FIFA 21 teams to play online matches below:

FIFA 21 teams are ranked according to various factors, ranging from the performance of the team and athletes in real life, to the average performance of FIFA 21 players with each team in online mode.

Liverpool have 10 of the top 100 players in FIFA 21. The highlight goes to Virgil Van Dijk, who is the best defender in the game, with 91 overall.

The reigning Premier League champion also has Mohamed Salah, Sadio Mané and Alisson Becker, all of whom have an overall average of 90.

In addition, the team still has Trent Alexander-Arnold, Roberto Firmino, Fabinho and Andrew Robertson, who have an average of 87, and Jordan Henderson and Georginio Wijnaldum, with 86.

Despite not performing as well as Liverpool last season, Manchester City have a FIFA 21 roster with 9 of the top 100 players.

The highlight is, of course, for Kevin De Bruyne, with 91 overall, and the list goes on with other excellent players, such as Agüero, Raheem Sterling and Ederson, with an average of 89.

Other highlights are Aymeric Laporte and Bernardo Silva, with an average of 87, and Kyle Walker, Riyad Majerz and Rodrigo Hernández, with 85.

Despite having had an early slump in the Champions League, Real Madrid still has a great team, having 9 of the top 100 players in FIFA 21.

The highlights are Sergio Ramos, Karim Benzema, Thibaut Courtois and Casemiro, with an overall average of 89, Eden Hazard, Toni Kroos and Luka Modrić, with 87, and Raphael Varane and Daniel Carvajal with 86.

The reigning Champions League champion is certainly one of the most balanced teams in FIFA 21. The highlight, of course, goes to Robert Lewandowski, who has 92 overall.

Other players that stand out are Kimmich, with an overall average of 88, Serge Gnabry and Leroy Sané, with 85, and Goretzka, with 84.

It is also worth mentioning one of the best goalkeepers in the entire game, the German Manuel Neuer, with 90 overall.

If we were talking about FIFA 20, Barcelona would definitely be the best team. However, the club has gone through a serious slump in recent times, but that doesn’t mean the team is bad – in fact, it’s still one of the best in FIFA 21.

In all, FC Barcelona has 10 of the 100 best players, and the highlight could not go to another player than Argentine Lionel Messi, with 93 overall.

Other highlights of the club are Ter Stegen, with an average of 90, Sergio Busquets and Antoine Griezmann, with 87, Gerard Piqué and Jordi Alba, with 86 and Miralem Pjanic, Clément Langlet and Frankie Jong, with 85.

Juventus could not be left out of the list precisely because of one name: Cristiano Ronaldo, who has 92 overall.

The Portuguese player is the best striker in the game and the second best overall, however, he is not the only highlight of the Italian club.

In addition to him, the Old Lady has Paulo Dybala, with an average of 88, Giorgio Chiellini, with 87, and Leonardo Bonucci, with 85.

PSG is also another great team to play in FIFA 21. The highlight here goes to a duo, which can be considered the best football duo in the world today: Neymar, with 91 overall, and Kylian Mbappe, with 90.

In addition, it has the presence of Marco Verratti, with an average of 86, Marquinhos, with 85, Idrisa Gana Gueye, with 84, and Presnel Kimpembe, with 83.

Atlético de Madrid has always been a very interesting team to play with – and one of the best in FIFA 21. The highlight goes to Luis Suárez, who has 87 overall.

In addition, the team counts on the presence of Diego Costa, with an overall average of 82, Thomas Lemar and Yannick Carrasco, both with 82.

The classic English club Chelsea has a cast to cause fear within the game. The highlight goes to N’Golo Kante, with 88 overall.

In addition, the team still has Timo Werner, Kai Havertz and Thiago Silva, all with an overall average of 85.

Finally, the German bee, Borussia Dortmund, could not be left out. The highlight goes to the English Jadon Sancho, with 87 overall.

The team also has Marco Reus, with an overall average of 85, and Erling Haaland and Guerreiro, with 84.

A special highlight goes to the Brazilian Reinier Jesus Carvalho, who has one of the biggest growth potentials within FIFA 21.

The best team choice for playing FIFA 21 career mode will depend a lot on your player profile and the type of challenge you are looking for.

However, as we don’t have space in this text to go into details, we’ve separated some teams that can generate interesting careers within FIFA 21. Check it out:

Choosing the best team to play online in FIFA 21 may not be an easy task, as the football scenario in the world today is very balanced, with great clubs with unique squads that work in their own way.

At the end of the day, it’s no secret to choose when it comes to choosing: the ideal is to choose the team that best suits your style of play. The good thing is that you can test them all individually and see in practice which one suits you.

In Career Mode, the interesting thing is to choose teams that have a good growth potential and that guarantee a good challenge.

FIFA 21 is a massive game with multiple game types, so feel free to try it out. It’s the best way to evolve while having fun.

And when you come across a challenge that requires a lot of FIFA Coins, remember Futrading! Here, you make your purchase with an anti-ban guarantee and receive your order within 20 minutes! 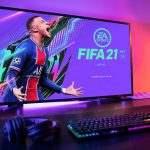 FIFA 21 News: What you can expect of the newest release