Blog Futrading > Posts > Futrading Tips > FIFA Global Series (FGS): what it is, how to participate (GUIDE)

The FIFA Global Series is the premier event of FIFA gaming as an eSport. It started with FIFA 21 and promises to return in FIFA 22 even more intense.

It is the event with the global elite of FIFA players. Only the best from each region. It takes a lot of preparation and training to get a chance to participate in the Global Series.

So today Futrading brings you a text with everything you need to know about the FIFA Global Series, how to participate and how to improve your skills to qualify for the Regional Cups (Global Series Qualifying Phase). Good reading!

Inside the FIFA Global Series

The FIFA Global Series is an initiative by EA, the producer of the franchise, to find the best FIFA players on the planet.

For that, they make use of the entire online platform they’ve built over the years, such as the Weekend Leagues, weekly events that have become the true competitive mode of the FIFA Ultimate Team mode.

To participate in the FIFA Global Series, you must already be one of the best players online, that is, you must be in the Elite 1 rank in Ultimate Team mode.

To do this, you must win 27 games in a single Weekend League for you to earn Verified Player status.

How to play in FGS?

As we have seen in the previous topics, the FIFA Global Series is an exclusive tournament for the best players from each region of the world.

Therefore, if you want to reach that level, it takes a lot of training and dedication, as FIFA has already established itself as an eSport for some time.

It is to help you who want to grow in the sport and consolidate yourself as one of the best in the world that Futrading today brings you some tips to improve your skills until you reach the level of playing in the FIFA Global Series:

Start with a squad from a specific league

For your team to have more chemistry, it is necessary that your players (at least most of them) are from the same league or the same nationality.

That is, ideally, you choose either players who were born in the same country or who currently play in the same league.

This is logical from a simulation point of view, since players who speak the same language understand each other better, so there is more interaction.

Currently, the national tournament with the most player choices is the Premier League. If you started playing FUT recently, start with an English league squad and gradually adapt your team.

Another advice is not to waste time. FIFA 22 has just been released, so if you want to create a good squad, as soon as you have access to the game, start fulfilling the squad building challenges.

These challenges are a way to get better cards, which you can either put on your team or sell on the transfer market.

In FIFA, the price of players in the transfer market usually varies over time, and the days before the Weekend League are the days when players are more expensive, and they always drop in price on Mondays, at the end of the weekend championships.

Knowing these tips is essential to be able to buy players at a lower price and save the FIFA Coins you’ve accumulated along your journey in FIFA 22.

Another tip is to download the FIFA 22 Companion application, which will allow you to monitor the transfer market from your cell phone.

Most FIFA players can dribble reasonably well, however, to be able to win online matches within FIFA Ultimate Team, you need to learn to defend well.

Generally speaking, you should avoid the carts, always surround the opponent using L1 or LB and always try to switch players with the analog instead of R1 or RB.

Also remember to use the aggressive stance by holding L2 or LT to have more control over the movement of your defenders and full-backs.

Also read: How to score in FIFA? Check out the tips to improve marking!

Another tip for beginners is to use a 5-2-3 formation, with 3 defenders, 2 fullbacks, 2 midfielders or defensive midfielders, two wingers and a forward.

It is a tactical formation that is safer on defense but quick on counterattack and is good for those who are still learning to refine their defensive skills.

Since FIFA 20, the boat and cart system has made it more difficult to score a successful dribble, especially when you’re playing against more experienced players.

So always train, learn dribbling moves and master each one. It’s going to be a difficult journey, but with patience and willpower you’ll be able to at least dribble all your friends when you’re playing casually.

Customize the tatics used by your squad

Many inexperienced players do not know, but it is possible to give instructions and create more offensive or defensive tactics when building your lineup.

In addition to defining which player will be responsible for each type of kick (such as a corner, long-distance free-kick, close-up free kick, etc.), you can also define the range of players on the field to boost your defense according to the squad. of the rival team.

Don’t forget to give instructions to each of your players, from forwards to midfielders. That way, you’ll be able to create a strategy and adapt to the different types of confrontations that lie ahead.

Finally, the last tip is that you test as many available lineups as possible. If you don’t like a card, selling it to buy another is always an option.

However, remember to put the card up for sale only on Thursdays, right before the Weekend League, so you’ll be able to charge a higher price.

And if you want more FIFA Coins to buy more players and build different squads, count on Futrading! We have an anti-ban guarantee and we will help you to improve even more in FIFA Ultimate Team!

As we have seen, the FIFA Global Series is the biggest event in FIFA as an eSport. It is restricted to Elite 1 players who manage to qualify in Regional Cups.

So if you want to get to that level, you need to train both defense and offense. It is also necessary to always do Squad Building Challenges (SBCs), so you can get more interesting cards while getting rid of useless cards.

Finally, the special tip for those who want to train the defense is to use the 5-2-3 formation, with 3 defenders, because this way you will be able to train your defensive skills better. 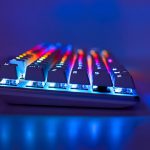 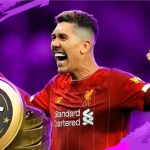